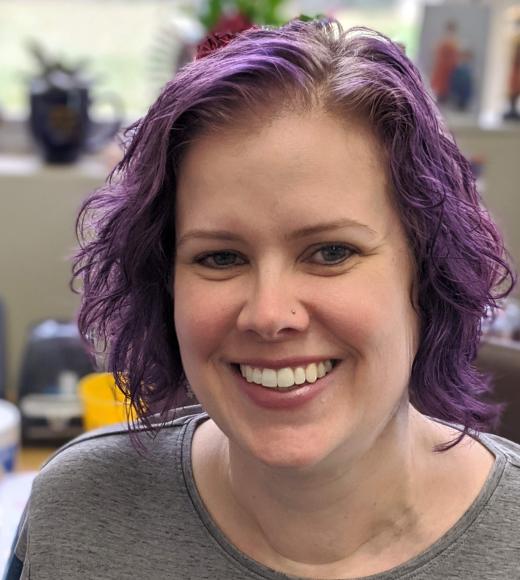 I used to dream of attending UC Davis and becoming a veterinarian. Once I realized I would have to operate on animals, that didn’t sound so great anymore. UC Davis was still my dream school, so I transferred from Solano Community College, earning B.A. degrees in both German and History. As a first-generation college student, attending a community college was one of the best decisions I’ve ever made, even if it didn’t feel that way at the time. I actually started dating my husband at Solano and we transferred to UCD together. First-generation transfer students hold a special place in my heart, since I know how difficult the transition from community college to a UC can be.

After I graduated from UC Davis I applied to staff positions, and was eventually hired as the receptionist in Political Science. I moved to Sociology, then was hired as an undergraduate advisor for Economics. I’ve been in my current position as an advisor for Psychology, Philosophy, Cognitive Science and STS for almost six years, and I really enjoy it. I joke that I love UC Davis so much that I graduated and never left.

I have two boys, ages 14 and 9, so my house is definitely lively (or chaotic, depending on the day). I also have two cats, who you may occasionally see during Zoom advising appointments, if they’re feeling social. Unfortunately, I lost both of my dogs to old age during the last year, but I’m glad that we got to be home with them during the pandemic. If you can’t tell yet, I’m an animal lover. I used to have guinea pigs, and I WILL swim with otters one day. I facilitate the Campus Cat Safari First Year Aggie Connection in Fall quarter, which is a lot of fun, and has been very popular with future vet students.

Fun Facts: I’m a Hufflepuff. I love Star Wars and Marvel. I’m also an avid reader and crafter. I’m always working on some kind of craft project (not that all of them get completed). Also, I have purple hair, because why not?