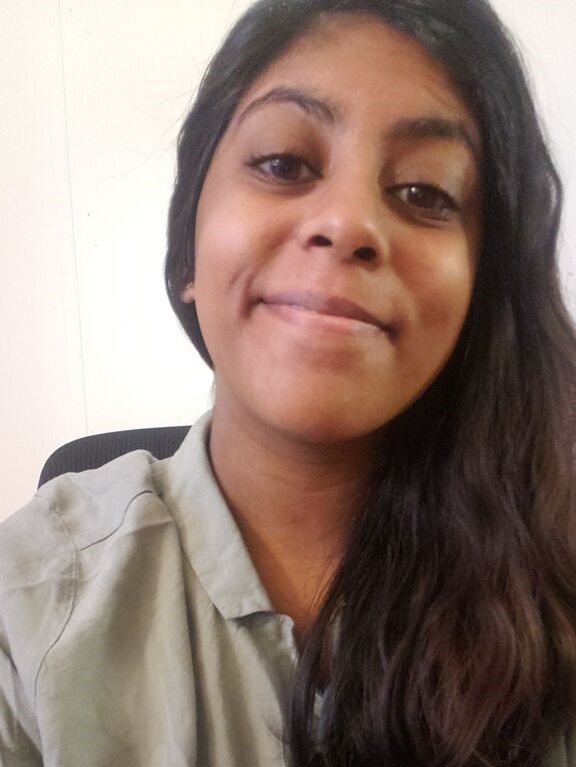 Vineha is a fourth-year student from Santa Cruz, CA majoring in Psychology (AB) with a minor in Sociocultural Anthropology. She is the Historian of the International Honor Society in Psychology (Psi Chi) and a Domestic Violence Victim Advocate at My Sister's House in Sacramento. In the past, she has also been a radio DJ at KDVS. Currently, Vineha is in the process of applying to graduate programs in Mental Health Counseling and Social Work with the hopes of becoming a licensed clinician. 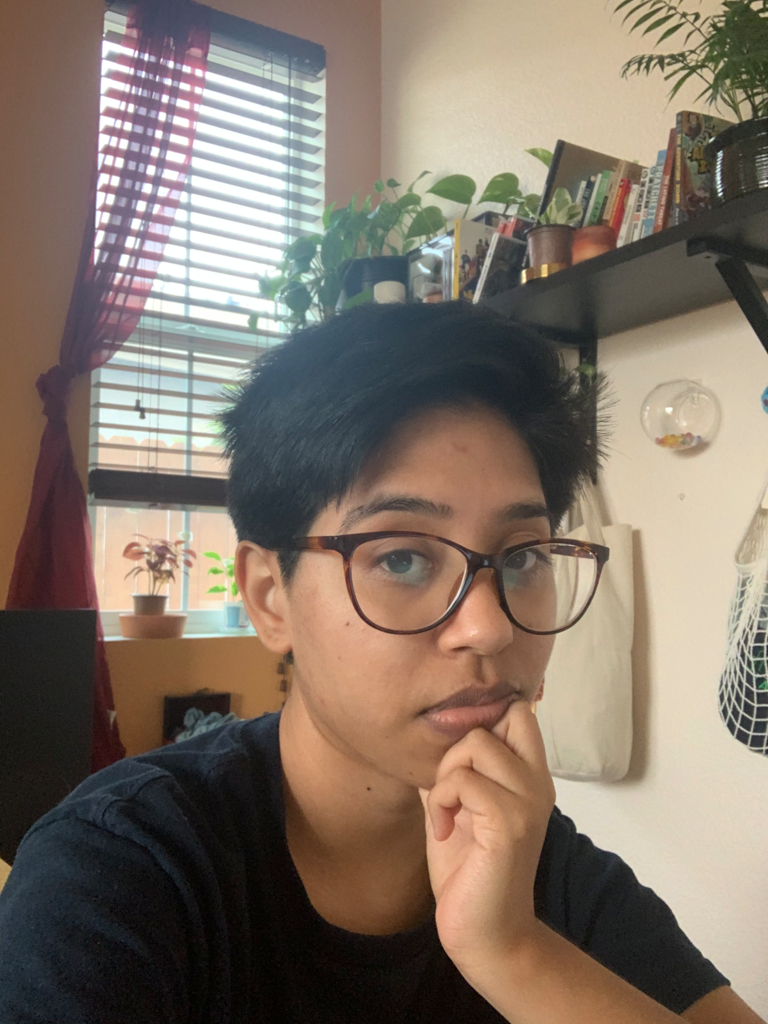 Daisy is a fifth-year student double majoring in Psychology (AB) and Organizational Sociology. They are a transfer student from their hometown Modesto, CA. They have been a peer mentor for the First Year Aggie Connection “Get Psyched about Careers in Psychology & Cognitive Science.” Daisy is currently volunteering in a community based initiative that works to provide mutual aid and community solidarity in Modesto through free food fridges. They also are involved in multiple book clubs (uprising valley booksnmore in the Central valley, Education as Freedom AKA amerikkka; This is How You Made Me in Davis) that center around empowering BIPOC through various types of materials/media and coming together as a community to learn from each other and about systemic, historical, and political issues from a subjective lens. They plan to intern with nonprofit groups in the central valley and become more involved in nonprofits with a focus in immigration advocacy. 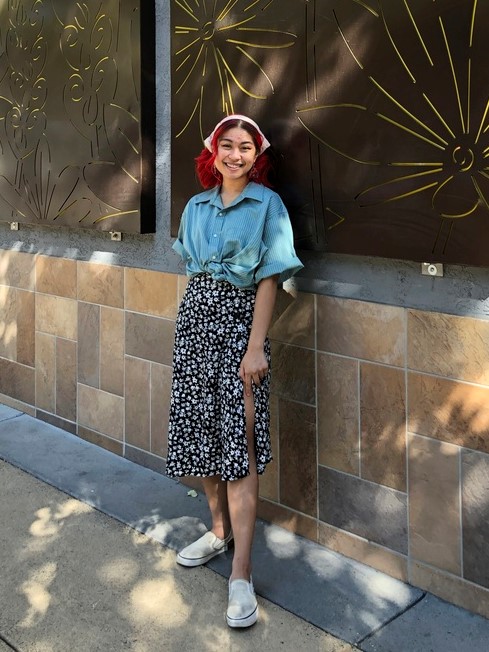 Janelle (they/she) is a fourth-year student majoring in Science & Technology Studies (Data & Media Technologies emphasis). They are currently a College Journalist Fellow for CalMatters and Deputy Editor for The Objective. Janelle is also leading the Building Media for Revolution intern team for the Bulosan Center for Filipino Studies. After graduation, they eventually want to work with community organizers to pursue movement journalism in the Central Valley. 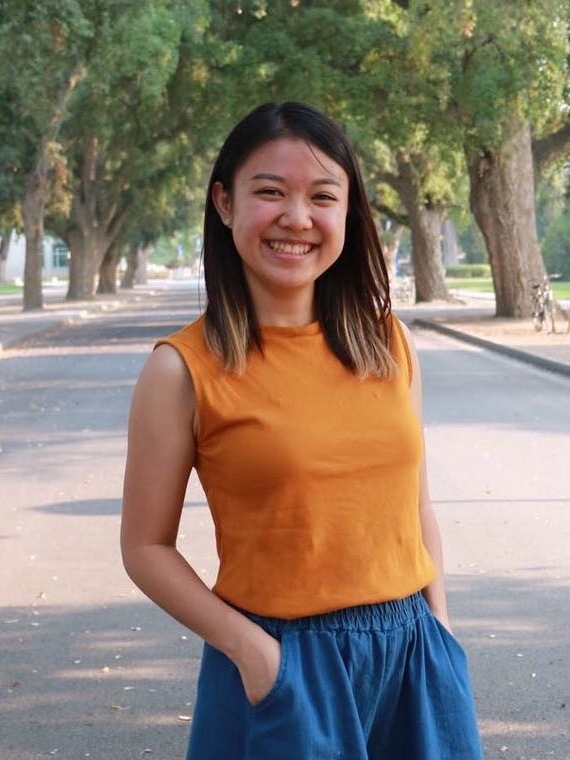 Emma is a third-year international student from Hong Kong double majoring in Psychology (AB) and Linguistics with a minor in English. She is a research assistant at the Language Learning Lab at the Center for Mind and Brain, and has worked for Aggie Studios under ASUCD to fulfill her passion for filmmaking. Emma is also actively involved with a Christian fellowship group under Gracepoint Davis Church. In the future, she looks forward to giving back to local and international communities in the form of education, social work, and youth fellowship. 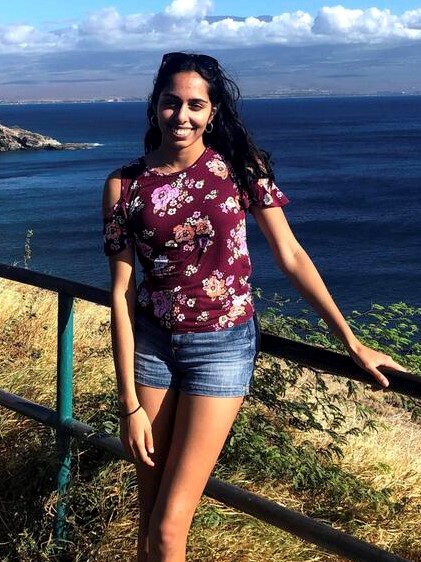 Aditi is a fourth-year student from Cupertino, CA, majoring in Cognitive Science (Neuroscience emphasis). She is currently the President of Project RISHI at UC Davis, Pharmacy Committee Co-Head for Clinica Tepati, a research assistant at the Geng Lab in the Center for Mind and Brain, and on the board for the Mental Health Initiative. In the future, she plans to pursue medical school and work with nonprofit organizations! 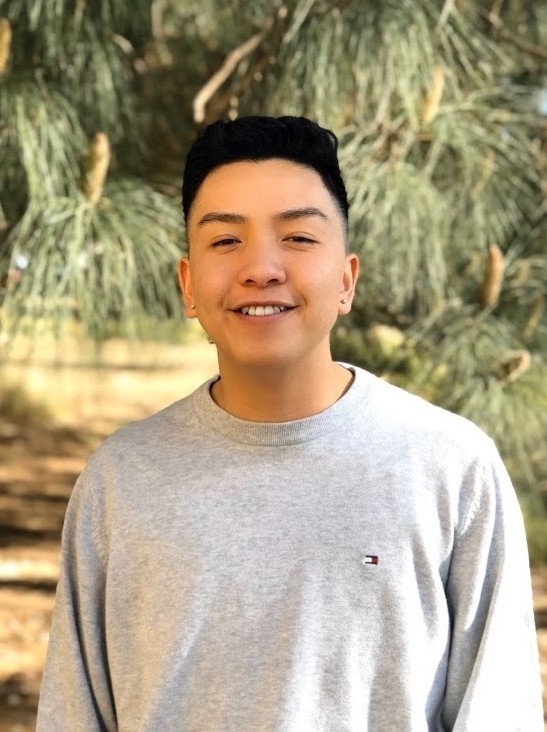 Alex is a third-year student from San Jose, CA, majoring in Psychology (Biological Emphasis) and minoring in African American & African Studies. He has worked at Outset Medical, produces YouTube videos teaching Organic Chemistry (ochemALEX), and is looking to join VN CARES student clinic. After completing his Bachelor’s Degree, Alex hopes to attend medical school and become a pediatrician because he loves kiddos! 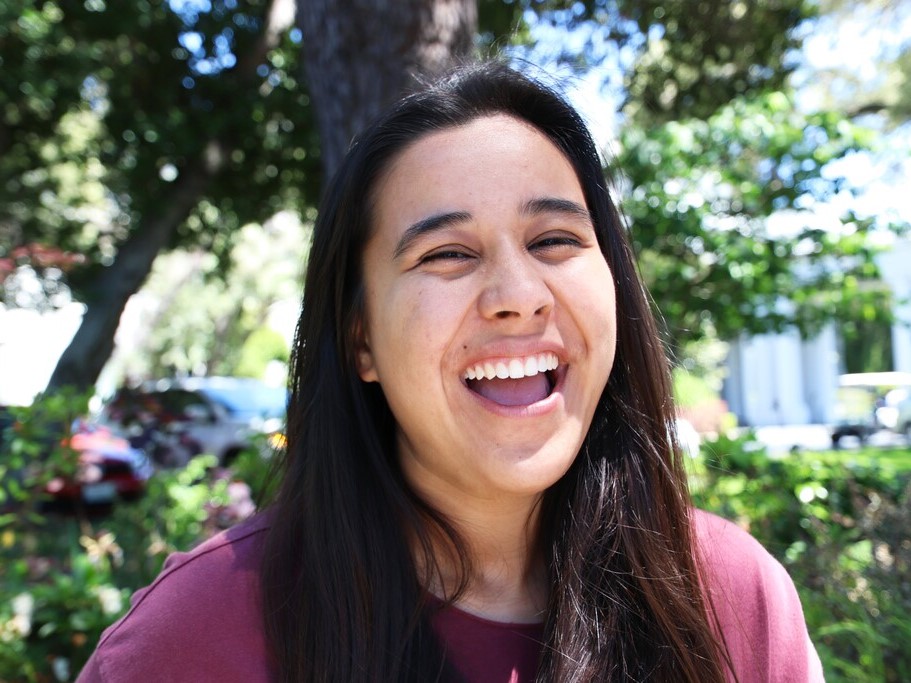 Irina is a fourth-year transfer student from the San Francisco Bay Area, double majoring in Psychology (AB) and Comparative Literature, with a minor in Luso-Brazilian Studies. She is currently working on a feature article for her UWP journalism course on how the COVID-19 pandemic is affecting those with eating disorders. In her free time, she loves to read and write, and intends on going to graduate school to study Comparative Literature. 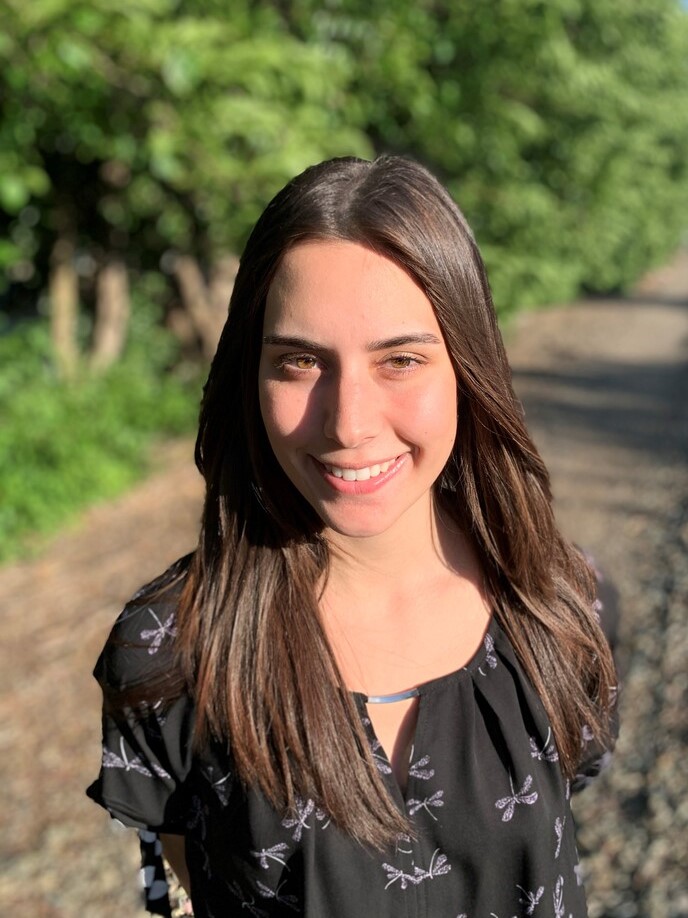 Kristina is a fourth-year majoring in Psychology (AB) and Communication and minoring in Linguistics. She is a part of Lambda Omicron Xi, a community service sorority on campus, and teaches cycling classes at the ARC as a group exercise instructor. After finishing her undergraduate work, she plans to pursue a Master’s Degree in Psychology. 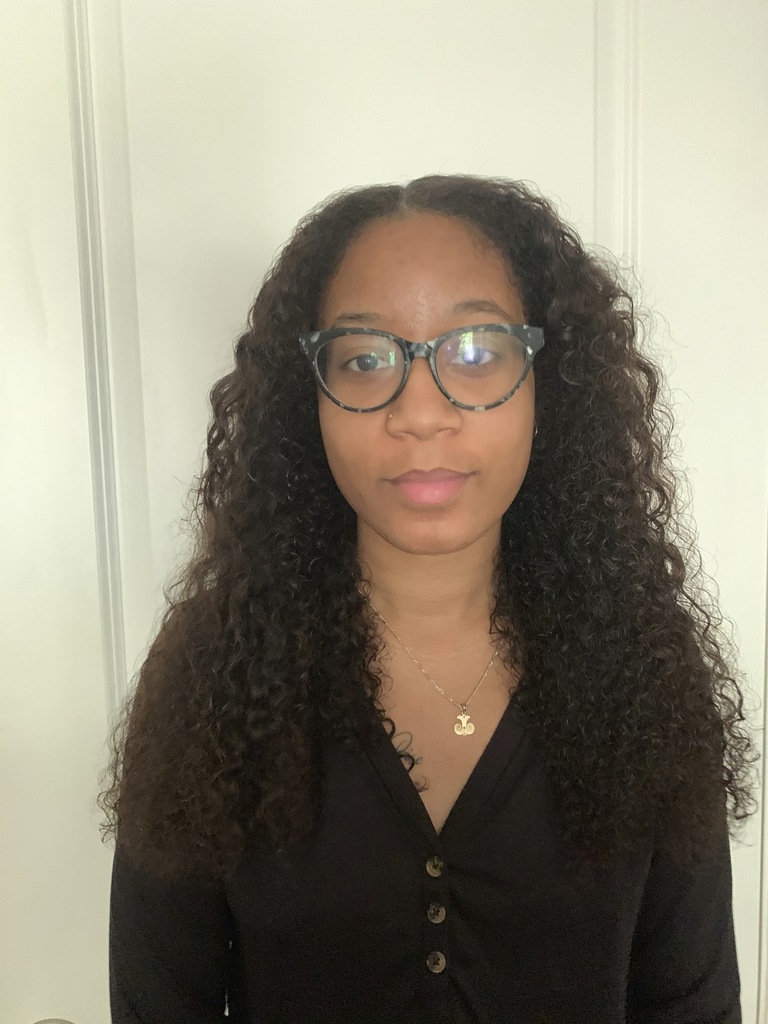 Lalah is a third-year student from Los Angeles, CA, majoring in African-American studies and Psychology (AB). After completing her Bachelor’s Degree, Lalah plans to pursue a Master’s Degree in Marriage and Family Therapy. 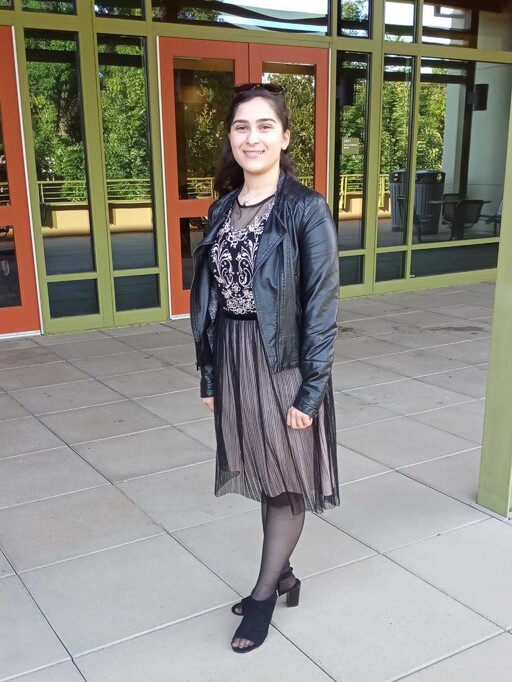 Marah is a fourth-year student from Rancho Cordova, CA, majoring in Philosophy with a Latin minor. Besides working as a peer advisor, she works as a Latin tutor in the Classics department. She is also worked in Orientation for two years. Fun fact, she doesn't know how to ride a bike!

Our Peer Google Hangout is currently unavailable. Peer Advisors will be responding to questions in the email addresses below. They will answer emails LIVE during peer drop-in hours.